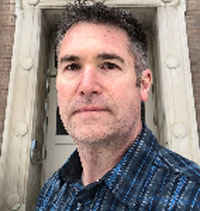 The study finds disposable income for rural residents is down 38% — compared to 17% in cities. ISU researcher Dave Peters says that means rural communities have less of a safety net for unexpected costs.

“A healthcare issue that costs extra money, you get a reduction in your hours. Big home repair that you didn’t plan for. So, any kind of these unexpected expenses, that’s only six-thousand dollars to cover that,” Peters says.

He says rural households are using more gasoline to travel and fuel to heat their homes – – which are both surging in price. And Peters says wages in small towns are growing more slowly than in other places. Peters says he’s most concerned with how long these communities can withstand inflationary costs.

“If they’re for the long term, then this becomes a big crisis for rural households, you know, that disposable income cushion makes them really vulnerable to debt and bankruptcy,” he says. Peters says
says low-income and older residents are at even greater risk of being impacted.