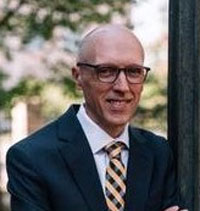 A University of Iowa study finds businesses that take public stands on political issues may drive away potential job applicants who don’t share the same views.

Chad Van Iddekinge, a U-I professor of management and entrepreneurship, says when a corporation makes a statement on topics ranging from abortion to gun control, it’ll impact public perception.

“This is something that organizations need to deal with and it can affect the quality and the type of applicants that express interest in an organization,” Van Iddekinge says. “That, in turn, can have ripple effects in terms of the workforce of the company.”

With “Help Wanted” signs hanging in so many windows, companies may have to walk a fine line on social issues. If they don’t take a stand, they may be seen as insensitive, but if they do pick sides, they may turn off potential employees.

“Over time, if an organization chooses to publicize their political beliefs, that will tend to attract people who share those beliefs and result in a more kind of homogenous organization,” Van Iddekinge says, “and people who may have different political views may feel, become more isolated.”

As part of the research, people were asked if they’d consider applying for jobs at six major companies. Three are identified as being more conservative, Home Depot, State Farm Insurance and Exxon Mobil, and three are more politically progressive corporations, Apple, Facebook and Google.

“We did find that applicants are more concerned about that,” Van Iddekinge says. “An organization’s political affiliations and stances can affect their decisions about whether to apply for a position, and even some people reported that it influenced their ultimate selection decision in terms of whether to join an organization based on their politics.”