You are here: Home / Crime / Courts / Man takes his own life during standoff in Le Mars 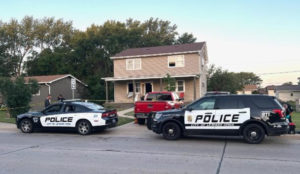 Local and state officials are investigating the events which led to the suicide of a man involved in a standoff in Le Mars.

Le Mars Police Chief Kevin Vande Vegte says several shots were fired at a home in southeast Lamar is around 9;30 Thursday evening, as officers knocked on the door to serve a search warrant. One of those shots went into a neighbor’s home and lodged in a bedroom headboard.

The officers backed off and set up a security perimeter and there were several failed attempts to contact the suspect. The incident came to a head around three o’clock this morning when the emergency response team entered the residence and found the man — who was not identified — dead from a self-inflicted gunshot wound.