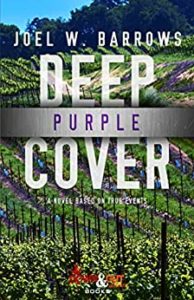 A district court judge in eastern Iowa is also an author who’s just released his fourth spy/thriller in his “Deep Cover” series about an undercover federal agent.

Judge Joel Barrows, a Camanche native who lives in Bettendorf, says this latest novel, “Deep Purple Cover,” is set in California wine country and follows the mysterious slaying of a vineyard owner.

“The book involved a great deal of research on the wine industry, how it works, how it moves from field to the grocery store or the wine store or wherever it might be,” Barrows says. “I had initially intended to go to Napa to do some research but then COVID hit and I wasn’t able to do that.”

It’s part of an ongoing series of books revolving around a criminal investigator, but Barrows says the novel can be read as a stand-alone.

As a courtroom judge, Barrows’ day-to-day work involves overseeing criminal and civil trials, but his inspiration for the series dates back to when he was an Assistant U.S. Attorney. 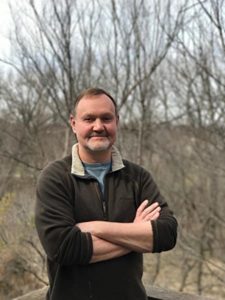 “As a federal prosecutor, you work very closely with federal agents, state agents and local officers from the onset of the case, and you’re very involved in the investigation,” Barrows says. “Some of the cases that I had did involved undercover work, so that gave me a feel for it.”

To escape from the pressures of his profession, Barrows sees writing as a wonderful hobby, but he has no allusions he’ll ever become a best-seller.

“Obviously, I have to focus on being a judge first, but this is a nice diversion for me,” Barrows says. “When I write fiction, I can I can create my own worlds and make things come out the way that I want them to come out, not so much the case in the courtroom.”

Barrows got his start as a writer later in life, in his mid-40s, and now at 61 says he relishes continuing on this dual path. His novels in the series have all had a color in the title, including “Deep White Cover,” “Deep Red Cover” and “Deep Green Cover.”

“A couple of friends have suggested I might run out a colors sometime, so I guess I’m going to have to get out the Crayola box,” Barrows says. “Although I have more ideas for stories than I probably will have time to write them, so it’s something that I anticipate doing in my retirement.”

Barrows’ books are available through Amazon, Barnes & Noble, Books-A-Million, iTunes, and his Florida-based publisher, Down & Out Books.