You are here: Home / News / Burlington film fest brings home Iowa filmmaker who made it big 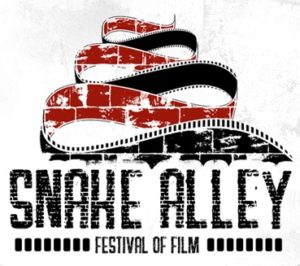 Organizers of the 10th annual Snake Alley Festival of Film say this year’s event will be the biggest one yet.

Good says, “We get hundreds of submissions from around the world, and every year we get more and more as our reputation sort of grows.” The films range from one to 35 minutes, in genres from animation and comedy to horror and documentary. What began as a weekend festival now runs four days — opening this Thursday.

Good says that’s because as submissions have increased, organizers wanted to give more filmmakers the opportunity for their work to be shown in front of an audience.

He says a lot of shorts films are posted online and shared with friends and family, but don’t always get wider reception.

Good says, “With a film festival, you get to play it in front of a live audience, you get to see your film on a big screen, you get to do the Q-and-A, so people can ask questions and hear about the process.”

One highlight this year is that filmmaker and Bettendorf native Scott Beck will be there for a career-spanning discussion and Q-and-A. Beck co-wrote and executive produced the movie “A Quiet Place” for Paramount Pictures.

“I think he’s a good inspiration not only for young filmmakers, but for filmmakers from this area,” Good says. “He didn’t come from a film background. He went to school at the University of Iowa, and now he’s at the top, so I think he’s a great example of what our film festival is all about.”

New this year is a block of family-friendly films appropriate for all ages, and some of those films are even made by children. Tickets for the festival are available by film block, by day, or all-access. A full schedule of showings is online at SnakeAlleyFestivalofFilm.com.