You are here: Home / Business / State unemployment rate drops down to pre-pandemic level 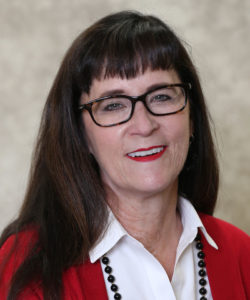 Iowa Workforce Development says the unemployment rate dropped to 2.6% in June — down from 2.7% in May.

IWD director Beth Townsend says that number is another milestone. “Two-six is where we were in February of 2020 before the pandemic impacted the rate at all,” Townsend says. She says the leisure and hospitality industries saw the largest job gains.

“Not surprising given, that we’re into the summer months, people are traveling and eating out doing things like that, that in those industries gained two-thousand jobs in May in June. We’re seeing increases in manufacturing for seven straight months. They gained 700 jobs in June…..that’s always a good sign,” Townsend says.

Townsend says there are still 43,000 Iowans who are looking for work. Townsend says one of the big issues facing employers is workers taking a job and then quitting after a short time. “The quit rate has been up for a period of time, and so people are willing to job shop and move jobs, you know, much more than we’ve seen prior to the pandemic,” Townsend says. “So I think, part of it just is, you know, trying to keep them engaged and interested and motivated to stay for more than just a few weeks.”

Townsend says businesses already had been making adjustments to deal with the pandemic — and are continuing to do so to try to hold onto workers. “And so you have seen a lot of improvements in benefits and increase in wages, flexibility when it comes to teleworking opportunities — trying to create shifts that work around someone’s schedule,” she says. “You know, we’ve seen we know from past experience that a lot of moms want to work mom hours during the school year. So I think you see more employers willing to accommodate that which is good.”

Townsend says that’s created a lot of situations where someone can start a job at one place and if they don’t like it — there are a lot of other options available at other places and they quit and go somewhere else. Townsend says there’s still a lot of work to do — but the trend has been in a good direction.

“We are definitely seeing consistent sustained improvement and that’s a good sign. We clearly have a ways to go to get back to the labor force participation rate that we were at pre-pandemic,” according to Townsend. “So now that our (unemployment) rate is back, what we really need to be focused on is how do we get the participation rate back to 70 percent, which is about what it was at its peak.”

Iowa’s Labor Force Participation Rate increased to 67.8% in June compared to 67.6% in May.