You are here: Home / Education / U-I bringing back major in insurance 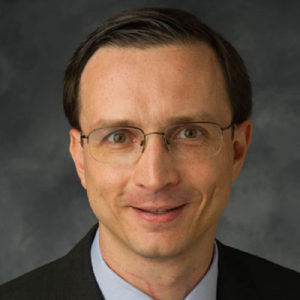 The University of Iowa plans to offer a major in Risk Management and Insurance starting in the fall of 2023 as a way to strengthen the state’s largest non-agriculture economic sector.

A U-I finance professor, Thomas Berry-Stoelzle, will direct the new major. For now, he says U-I students can only get a certificate in the insurance program, which is similar to a minor. “There used to be an insurance major here at the university that was discontinued in the mid-80s,” Berry-Stoelzle says. “I would say the local companies always wanted to get a major back. We started the certificate 15 years ago and there was always a push to expand the program.”

The goal is to attract 20 students to the new major in the first year, expanding to perhaps 80 students within five years. Risk Management and Insurance may not have the curb appeal of some other majors, but Berry-Stoelzle believes it will definitely attract interest.

The new major will be offered in the U-I’s Tippie College of Business, where graduates will be able to earn a Bachelor of Business Administration (BBA) degree. “The Risk Management insurance program at the University of Iowa is already recognized as a global center of insurance excellence by the International Insurance Society, and that puts us within the top 25 Risk Management insurance programs in the country,” Berry-Stoelzle says. “We hope that the major will further help us to elevate our reputation and become a top 10 program in the near future.”

Des Moines is one of the nation’s top hubs for insurance, and has been ranked third in the world behind Hartford, Connecticut and London, England. Some 212 insurance companies are now operating in Iowa, with dozens of them based in the Des Moines metro. So what makes Iowa such an insurance mecca?

“A big advantage for insurance companies in the state is the predictable regulatory environment,” Berry-Stoelzle says. “There’s less politics involved in terms of regulation here in the state of Iowa, compared to other places.” More than 60,000 Iowans work in the insurance and risk management profession. The industry is expected to grow in the future, as climate change, cyberattacks, and other hazards will require companies to better manage those risks.