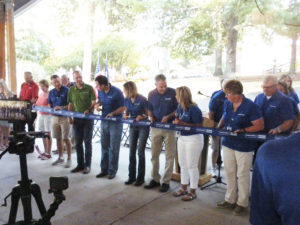 “All in all there are over 60 thousand entries of something here at the Iowa State Fair. So many things to see to eat and to do,” Slater says. He says the State Fair is still recovering from the pandemic. Governor Kim Reynolds says she expects there will be good attendance this year as people look for some entertainment.

“We had good crowds last year honestly for the first year back and people are ready to get here and just enjoy everything that Iowa has to offer,” Reynolds says. Reynolds is heading to Dyersville later today for the Field of Dreams Major League baseball game. It was announced that there won’t be a game next year. 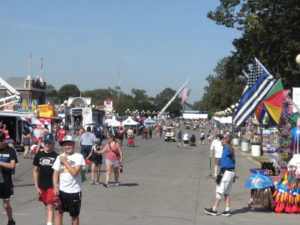 Reynolds says she’s confident the game will eventually return. “I think if we knock it out of the park like we did last year we stand a really good chance of making that happen and it’s so good for the state,” Reynolds says. The governor this week announced more than 12 million dollars in funding for a permanent ballpark near the Field of Dreams site. She says it will help build on what they are doing there to draw in people.

Opponents of the governor question the spending — but she says the money has been spread out in a lot of areas.
“We’ve done agriculture we tried to be very broad in how we would lay out these programs to try to address you know a little bit of everything and start to make a significant difference,” Reynolds says. Reynolds says there has been other money provided for roads and infrastructure as well.