You are here: Home / Fires/Accidents/Disasters / Clay County woman dies after being bitten by her five dogs 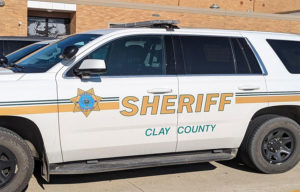 The Clay County Sheriff says a woman died earlier this week near the driveway to her home after being attacked by her dogs.

The Clay County Communications Center originally received a 9-1-1 call Monday afternoon from a person believing he had come across a motorcycle crash on a county road near Rossie, about 12 miles south of Spencer. The caller told dispatchers he could see a person in a nearby ditch but was unable to get close because of a group of large dogs near the person.

Deputies with the Clay County Sheriff’s Office determined it was not a crash and the person in the ditch,  identified as 43-year-old Mindy Kiepe, had died from injuries caused by the five dogs that were all determined to be hers.

All five of the animals were euthanized following the investigation.