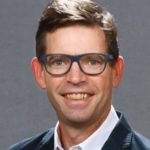 The rebuilding effort of coach Brent Barnes at Grinnell College gets ready for year two with Thursday’s start of practice. The Pioneers had their first full season since 2018 a year ago. The 2019 season was shut down after three games due to lack of numbers and the entire 2020 season was cancelled due to COVID. Grinnell finished 2-8 last season.

Rebuilding the roster was the first chore. The Pioneers are still young but Barnes expects a roster of more than 55 players to open practice.

“With our returners in the low 40s that is a group that is all about Grinnell football”, said Barnes. “They are willing to put in the work and the effort. They are coachable, talented and hungry. Obviously there is certainly room to grow based on what has happened the last few years but we are on schedule with regards to rebuilding this thing.”

Barnes has recruited nationally to restock the roster and says it reflects the student body at Grinnell College.

“I want to say for the school 10 or 11 percent of the student body is from the state of Iowa”, added Barnes. “We recruit nationally. We embrace that challenge and because of that it gives us some options with how we do things.”

The Pioneers open the season at home on September 10th against Monmouth College.