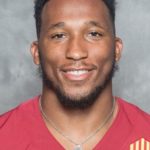 Iowa State’s Jirehl Brock feels he is ready to become the featured running back for the Cyclones. After spending a couple of seasons behind All American Breece Hall, Brock stepped into the starting role in a Cheez-It Bowl loss to Clemson and finished with 42 yards of rushing on 14 carries.

“Consistency is key”, said Brock. “I was able to do it for one game last year but one game does not amount to a whole season.”

Hall is tough to replace but coach Matt Campbell says the Cyclones are talented and deep at running back.

“And I think from top to bottom right now you would say at least coming out of the spring as a coaching staff we felt maybe we are as healthy and competitive as we have ever been right now at the running back position.”

The Cyclones open the season at home on September third against Southeast Missouri.