You are here: Home / Sports / Improved offense a must for Drake 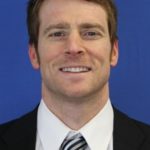 Drake football coach Todd Stepsis is confident the 2021 season was an aberration. After three straight second place finishes in the Pioneer Football League the Bulldogs cratered to a 2-9 record last year. It was the worst record since 1983 for a program that had been a model of consistency.

“When you have tough seasons it gives you the opportunity to look back and be motivated from those tough losses to be better”, said Stepsis. “Unfortunately sometimes you have to go through that to grow.”

Improvement on offense and special teams is a must. The Bulldogs averaged less than 13 points per game last season and only connected on three field goals the entire season. Senior tight end Matt Hartlieb likes the progress of a run game which averaged only 104 yards per game last season.

“I think that has been a big piece of our camp so far”, said Hartlieb. “We have put in a couple of new schemes and it has looked really good so far.

The Bulldogs have a daunting task in their opener as they visit defending FCS champion and top ranked North Dakota State on September third.