You are here: Home / Education / Pets may find themselves lonely at home all day with kids back to school 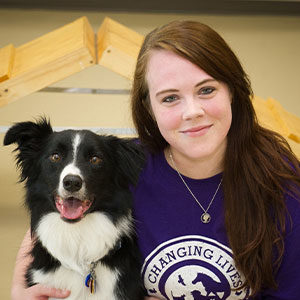 The start of school is an exciting time for students but it can be a confusing, stressful trial for our pets.

Cassandra Johnson, animal enrichment supervisor at the Animal Rescue League of Iowa, says after a full summer of undivided attention from their kid companions, our animals will soon see their routine switch to hectic mornings and long, lonely days.

“It’s definitely a little bit of a struggle for our cats and dogs once everybody leaves,” Johnson says. “They’ve been there almost every single day if not every day for three months and it’s just like a quitting cold turkey.” It’s important for pets to have time to themselves and Johnson says it can help to make back-to-school time less traumatic.

“I’m very much one of those, even if it’s a puppy or an adult dog, that we start working on alone time,” Johnson says. “Whether that be productive alone time or just alone time with you physically, there in the house or outside of the home. Gradual is always better versus, you know, ‘Hey, I’ve been with you 24 hours a day for three months. I’m just going to suddenly do a 12-hour day or 10-hour day.'”

She suggests leaving a radio or TV on in the house during the day, or even tuning in one of the dog or cat-specific channels on cable. “Most people, not everyone, when they’re home alone, there is some sort of background noise,” Johnson says. “Very rarely are we having complete and utter silence, so for some of our animals, it’s kind of off-putting.” Animals that are stressed may show symptoms like: depression, lethargy, destructive behavior, and a decrease in eating and drinking. She says simple things might help.

“If you have the ability in the morning, take the dog on quick walk, get some physical exercise in there,” Johnson says, “or even after you get home to kind of get an outlet there for them to decompress a little bit from you being gone.”

In some cases, pet owners might consider hiring a petsitter to check in on the animals to ease their loneliness and make sure they’re okay.