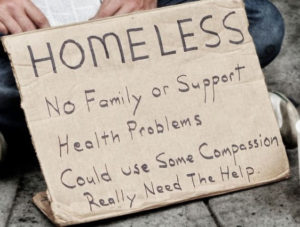 The city council in Atlantic has given initial approval to an ordinance to make aggressive panhandling illegal within city limits.

It’s modeled after a new ordinance in Manchester, where city officials have moved to prohibit what they define as aggressive panhandling at gas stations as well as on sidewalks, streets, parking lots, and other places open to the general public.

“They have a First Amendment right to stand at intersections and ask for money or stand in different locations in public places and ask for money,” he says, “so some of the laws that we had on the books that we had prohibiting people from soliciting funds standing on the side of the road ultimately became unconstitutional or unlawful.”

In 2020, Sioux City officials passed an ordinance that bars anyone from standing or sitting in the middle of a street unless they’re on a median that’s at least six feet wide. That’s been the rule in Iowa’s largest city since April of 2019. Des Moines Police Sergeant Paul Parizek says the focus is on safety.

“We know that pedestrians who are struck in zones where speeds are over 30 miles an hour are more likely to die,” Parizek says, “so we’ve got serious safety concerns when they get into those median areas are narrow and they might step into traffic.”

Complaints about panhandlers in Des Moines have been “fairly steady,” according to Parizek. He says during the summer months, many of the 911 calls about Des Moines street beggars are about a pet or a child who is with the panhandler.

“The law is pretty specific that we have to be able to identify a substantial risk to the child’s physical, mental or emotional health,” Parizek says. “If we see that the child appears to be well taken care of, is healthy and well, that the parent or guardian is able to care for them and there’s no obvious signs of any type of impending danger to that child, there’s not a lot that you can lawfully do.”

Same goes for pets if the panhandler is providing food and water and the pet appears healthy.

Sergeant McClure of the Sioux City Police Department says anyone who feels threatened or harassed by an aggressive panhandler should call 911. “We need someone to call and make the complaint and be a victim or a witness to that,” McClure says. “In that example, if someone is aggressive and acting aggressively toward you or makes some kind of threat, if you call us and make the report, then we can hold that person accountable for their behaviors.”

In April, the American Civil Liberties Union of Iowa sent letters to four eastern Iowa cities, urging repeal of ordinances that generally prohibited aggressive solicitations in public areas. Dubuque’s city council repealed its ordinance this spring. Similar ordinances in Bettendorf, Davenport and Coralville were repealed in July. All were replaced with rules focused on the pedestrian safety.