You are here: Home / News / Sportsbook fined thousands for allowing use of credit cards 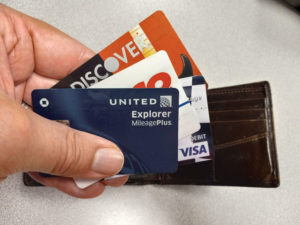 State regulators issued a $60,000 penalty Thursday to a sportsbook for illegally allowing the use of credit cards on its site.

Racing and Gaming administrator Brian Ohorilko says the penalty involves American Wagering, which does businesses as Caesars Sportsbook. “There was a specific incident in July of 2021, where it was discovered that there were a number of transactions that took place using a credit card. And so it was discovered at that time, a full audit was completed,” Ohorilko says. “Throughout certain periods in 2020, 2021, prepaid debit cards were purchased using a credit card and a number of those transactions were permitted and in went through,” he says.

There were a total of 485 transactions worth $212,000 — which he says the Racing and Gaming Commission felt was fairly egregious. This follows a similar penalty levied at the last commission meeting against FanDuel for $75,000 for a two-count violation. Ohorilko says this is something that has come up with the sports books and there will be some more penalties in the Commission’s future meetings. “And it’s important for the sports books to get a handle on,” he says.

In Iowa, credit cards cannot be used to wager on sports betting or any form of gambling.” Ohorilko says the companies are working to make corrections so these types of violations. “We’ve heard some positive things from the different operators that have had problems and that they are taking steps to not only correct the action — but to develop procedures to audit these types of things — so that they’re doing their own self checks,” Ohorilko says.

Ohorilko says there are some other penalties — such as license suspensions — the commissioners can levy if the problems don’t get correct. But he says the ultimate goal with any of these violations is to get them back into compliance with the law.