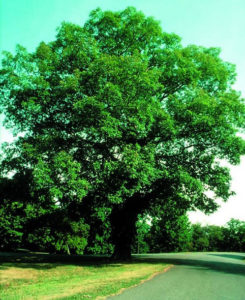 The Iowa DNR’s State Forest Nursery will start selling seedlings next week and many thousands of Iowans are expected to place orders.

Nursery manager Pat Griffin says they had been averaging about 600,000 to 700,000 seedlings sold each year, and then we had a game-changing derecho in August of 2020. “Last year, we sold 1,077,000,” Griffin says. “Over the last two years, our sales have increased quite a bit actually and that’s not only here in Iowa. I think it’s pretty common through the Midwest, demand for nursery stock has really gone up over the last couple of years.”

Seedlings can be ordered from the nursery in Ames starting on Thursday. They’re sold “bare-root” without a container, packaged in bundles of 25 seedlings inside sealed, labeled plastic bags. “We grow 45 different species of native Iowa plant material and we sell those based on the age class of the species, either one, two, or three-year-old seedlings,” Griffin says. “The tallest trees we sell are about 30 inches tall but they range from anywhere from 10 to 30 inches depending on the species.”

Those varieties include 23 species of native hardwoods, eight evergreen species, and more than a dozen smaller trees and shrubs. “Fall is a great time to plant,” Griffin says. “We sell pretty much everything except for our conifers in the fall. Conifers we do not sell until spring. They just won’t take as well fall-planting them, as the hardwoods and shrubs do really well for fall. Conifers don’t do as well so we only sell those in the spring.”

Prices range from 70 cents to $1.20 per seedling. Griffin says they do -not- need to be taken indoors or planted in pots for later transplanting. “No, you’ll want to plant those right in the ground once you get them,” Griffin says. “It’s good to soak them in water for about an hour or so, so they hydrate the roots because these are bare-root seedlings.”

Seedling orders are taken from September 1st through May 30th and customers need to specify when ordering when they want delivery. Orders can be placed by phone at 800-865-2477 and online at http://nursery.iowadnr.gov/