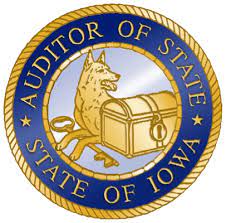 A new report from the state auditor’s office indicates Iowa State University officials have struggled with computer software purchased in 2017 to manage ISU’s financial reports. As a result, ISU was nine months late in submitting data from the state fiscal year that ended in mid-2020.

“Auditing by its nature is an independent entity taking a look after the fact to see if things were done correctly,” State Auditor Rob Sand told Radio Iowa earlier today. “We can’t do our job until we get the materials from the other entity.”

Due to the long delay, the report from the state auditor’s office on Iowa State University operations in the budgeting year that ended two years ago was just issued last Friday.

“We aren’t, with this finding, trying to dive into something that is a much bigger issue that is affecting the state in a lot of ways,” Sand said. “We’re just trying to point out the timeliness piece of it.”

The state of Iowa’s human resources system switched by the same contractor’s cloud-based software in mid-2021. Oregon and Maine are the only other states that have purchased the Workday software. Maine has recently accused the company of failing to provide a workable system and hired a new software firm this summer.