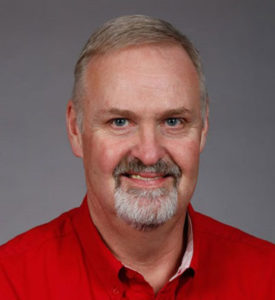 Through more than 40 seasons of floods, droughts, weeds, insects and other challenges, Joel DeJong has worked to help farmers get through to harvest time.

DeJong is retiring today as a field agronomist with the Iowa State University Extension, after working most of those 40-plus years based in Plymouth County in northwest Iowa. “There’s so many kind people in northwest Iowa that I’ve got to deal with over the years, made a lot of friends out of clients, at least I consider them friends,” DeJong says. “There’s always a client here or there you’d kind of like to fire but I’m a public entity, I can’t do that, so you serve everybody as well as you can, and it’s been fun.”

DeJong says his years of work as a “crop doctor” has been through partnerships, businesses, area colleges, and individual farmers. “I’ve had a chance to learn from some really incredibly intelligent people across the country on the agronomy side, and of course, I’ve learned a lot from my clients,” he says, “so it’s kind of been a trade off — we’ve helped each other, hopefully.”

DeJong started with the extension shortly after earning his first degree from Iowa State in 1980 and he’s stuck with it ever since. “It’s been a great experience but you know, after 40 some years, it’s probably time and it’s time to get somebody that maybe sees it out of fresh eyes,” DeJong says, “and it was time for me to maybe look at doing something else for a while.”

An open house is scheduled for DeJong from 5 to 7 p.m. at the Le Mars Convention Center. DeJong says people can come and go as they wish, he just wants to express his gratitude to those he’s worked with over the years.