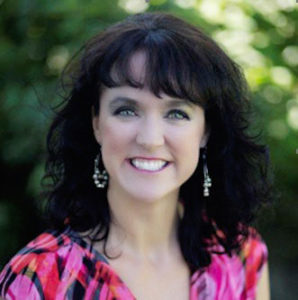 An author from Lake City is publishing a book later this year on Iowa’s connection to the sinking of the Titanic in 1912.

Darcy Maulsby says she first became fascinated with the story of the doomed ship when it was discovered in the mid 1980s at the bottom of the North Atlantic Ocean. In recent years, she heard another author give a lecture that included the mention of some Swedish immigrants who were onboard and headed for Iowa — who survived the disaster.

“I had known that there were maybe one or two people with ties to Iowa and the Titanic but I ended up doing a blog post and then I kept researching,” Maulsby says. “I found out that there’s roughly about 20 people with ties in one form or another to Iowa and the Titanic.” Of the 2,200 people onboard the ship, only about 700 survived after the “unsinkable” Titanic hit an iceberg.

She says her upcoming book, “Iowa’s Lost History from the Titanic,” will focus on Iowa’s many connections to the luxury liner from all over the state. “Some were folks that were actually coming from Europe to settle in America,” Maulsby says. “Some had grown up in places like Cedar Rapids and had actually moved on but still had family in the area, so they all have their own different stories.”

Maulsby will present a program on her findings at 1 p.m. Saturday at the Mulberry Center Church in Webster City.