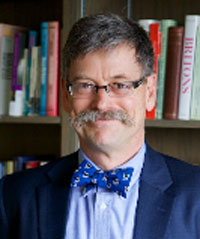 The dean of Iowa State University’s history department says he experienced a surprising sweep of sadness at the news Queen Elizabeth had died. Simon Cordery was born outside of London and his family moved to the U.S. when Cordery was 15.

“She’s the only head of state, like most Britons, I’ve ever known and her presence was always a source of stability,” he said during an interview with Radio Iowa. “It lent a sense of permanence to an ever changing world.”

Cordery. who has dual citizenship in the United States and the United Kingdom, called the queen “an incredible ambassador for all things British,” even for people like him who aren’t necessarily in “100% support” of the idea of a monarchy.

“Depending on what happens to the monarchy in the next 50 years, and as a historian I wouldn’t dare to even begin to speculate, I can imagine she that will be perceived and interpreted as a person who saved the monarchy at a time of incredible trial and uncertainty,” Cordery said.

Her uncle abdicated from the throne to marry a twice divorced American and Elizabeth’s father became king until his death in 1952. Elizabeth ascended to the throne at the age of 25.

“Her ability to become in many ways a voice of the British people surprised and delighted a lot of English and Scottish and Irish and Welsh people who didn’t really know what to expect from this admittedly very young princess,” Cordery said.

Elizabeth’s eldest son is now King Charles III and Cordery suspects he’s in for a bit of a rough ride.

“He’s got a tough act to follow. I don’t envy him and he’s had a lot of bad press, of course — some of it his own making and some of it just because of who he is,” Cordery said. “…I can’t imagine that he will make any major missteps. The question is how strong of an advocate will he be for maintaining the commonwealth, how much of his time will he be able to devote to making sure that the infrastructure that his mother has so carefully nurtured will remain in place.”

Several Iowa elected officials issued written statements after the announcement that Queen Elizabeth had died. Senator Chuck Grassley’s staff released a photo of Grassley with the queen after her 1991 address to the U.S. congress. Governor Kim Reynolds has ordered all flags in Iowa to be flown at half staff until after the state funeral for Queen Elizabeth on Monday, September 19.