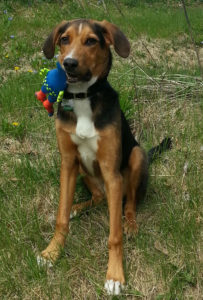 A national study finds millions of pets that were adopted during the pandemic weren’t spayed or neutered, which is causing severe overcrowding at animal shelters and a sharp rise in euthanasia.

Josh Fiala, who oversees the spay/neuter program at the Animal Rescue League of Iowa, says those important surgeries did continue throughout the COVID years at the state’s largest non-profit shelter, though veterinarians are becoming scarce.

“The veterinary shortage is definitely a big part of that issue,” Fiala says. “It’s a nationwide issue, not just here in Iowa. We’re fortunate here at the Animal Rescue League to have two wonderful vets on our staff to really make sure we can move animals through our shelter.” Many animal clinics had to suspend doing spaying and neutering during the pandemic to focus on more urgent procedures.

Fiala says it’s fortunate the ARL was able to maintain its schedule during the past two years as he says spaying and neutering of pets is vital. “It helps control the pet population. Our shelters are full enough as it is. We do not need more pets in the area,” Fiala says. “If people want to find animals, there’s definitely plenty in shelters across the U.S. And it does, from a health perspective, from a behavior perspective, it’s shown to have benefits as well.”

There are many expenses when adopting a pet, and having an animal spayed or neutered isn’t cheap. Plus, costs vary depending on the size and type of animal.  Fiala says, “For us, our average is about $187 for a dog and $165 for a cat, right now.”

The ARL of Iowa enables people to apply for financial help with those costs. Just this year, he says more than 1,500 pet owners have applied for that assistance.