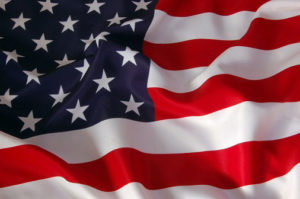 The 28th Waterloo Honor Flight is flew out of the Waterloo Airport early this morning, headed for the nation’s capitol.

Flight organizer Craig White says the flight will be a long, memorable day for some 90 Vietnam and Korean War veterans headed to Washington, D.C. White says, “I remember one of the first ones that we had, we had a gentleman go on it. He was really hepped up when he got there that morning and I said, ‘You need to slow down.’ This was a World War Two vet and I go, ‘It’s gonna’ be a long day and when you come home, you’re gonna’ be beat.’ And he goes, ‘I’ll tell you what, young man,’ a young ‘whippersnapper’ is what he called me. ‘When I come back, I am going to come off that plane and I’m going to do the Irish jig all the way down to the deal,’ and I’m going, ‘Yeah, I’ll be here to see that.’ And by God, he did.”

Scott Lake of Waterloo, along with his brothers Steve and Tim, all served in the Army and are making the trip together.
“Oh, I think it’s cool, that’s the reason we did it,” Lake says. “I wouldn’t have even considered doing it without having all three of us go. If they were interested and they kind of all signed on, and yeah, we all thought it was a good idea.” The veterans will be accompanied by some 70 guardians.

Their itinerary includes the Iwo Jima Memorial, Arlington National Cemetery, the Women’s Museum, and the WWII Memorial, as well as the Lincoln, Vietnam, Korean, Martin Luther King and Air Force memorials. The Honor Flight is scheduled to return to Waterloo by around 9:30 p.m.