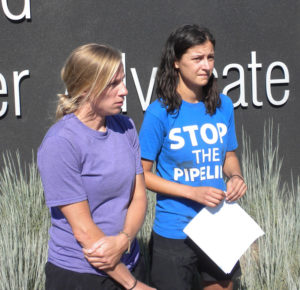 A second woman involved in the vandalism of the Dakota Access pipeline was sentenced to six years in federal prison.

Ruby Montoya admitted to cutting holes in the pipeline in several locations, and setting fire to equipment in Mahaska, Boone, and Wapello Counties, from November 2016 to May of 2017. Montoya is 32 and now living in Arizona. She joined Jessica Reznicek in vandalizing a sign at the Iowa Utilities Board office in 2017, and then both admitted to the pipeline vandalism.  They say they were trying to protect water supplies from the pipeline.