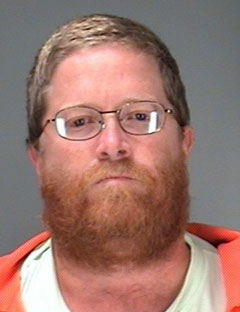 Authorities in central Iowa have made an arrest in a more than two year old homicide investigation. Altoona Police Lieutenant Denny Parker says they’ve charged a man in the 2005 shooting death of 53-year-old Lance Morningstar of Ankeny.

Parker says 42-year-old Louis E. Woolheater of Altoona is charged with first degree murder, and is being held in the Polk County Jail on a $500,000 bond.

Woolheater had been in jail in Beaumont, Texas on a federal weapons charge. Morningstar’s body was found by some hunters on February 6, 2005. The body was in a wooded area north of I-80 near Altoona.

Kevin Winker, special agent in charge with the Iowa DCI, says the case remains open and more people could be arrested. Winker, however, refused to release more details about the case. "The only thing I’ll tell you about motive, is we believe we have a good handle on what the motive is for this," Winker said, "but this would not be the appropriate time to get into that."

The spokesperson for the Iowa Department of Public Safety is Jim Saunders. Saunders is asking anyone who may have information about the case to call the Altoona Police Department. Morningstar worked for the secondary roads department in Polk County. Investigators say he had been shot multiple times.