You are here: Home / Crime / Courts / Man shot dead in Des Moines by police was unarmed 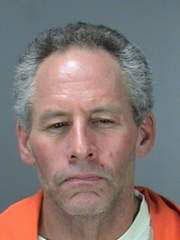 Des Moines police say a man who was shot to death last night by a member of a fugitive task force was unarmed. Sergeant Vince Valdez says the events unfolded at an apartment complex on Des Moines’ southwest side.

Officers were trying to arrest 50-year-old Bradley Behmer, who faced 25 years in prison and was wanted on a parole violation.

“He resisted arrest and a violent struggle ensued whereby Behmer was shot,” Valdez said at a noon-hour news conference at the Des Moines Police Department. The officer who fired the single shot is identified as 42-year-old Joe Emberlin.

Valdez says police will be investigating exactly why Emberlin chose to use his gun. The case will likely be turned over to a grand jury. Valdez said Behmer resisted arrest, but was not armed. “There was a struggle and those details will be part of this investigation,” Valdez said.

Officer Emberlin has been placed on administrative leave, which is standard procedure in such a case. “It’s possible the officer did feel his life was in danger. Obviously an officer is not going to fire his weapon unless they do feel their life is in danger. But, again, that’s part of the investigation that’s ongoing,” Valdez said.