You are here: Home / Crime / Courts / Man stabbed to death in Davenport mall 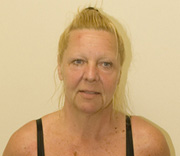 A Florida man who worked for a traveling circus was stabbed and killed by his ex-wife inside a Davenport mall early today.

Davenport police say 52-year-old Mauricio Droguett was walking in a common area of the NorthPark mall when his ex-wife, 53-year-old Debi Joy Olson attacked and stabbed him several times.

Police say Droguett died at the scene. A co-worker of Droguett’s sufered minor injuries to his hands as he subdued Olson and called mall security for help. Olson is charged with first-degree murder and willful injury. Both Droguett and Olson are from Sarasota, Florida. Olson is being held in the Scott County Jail.