You are here: Home / Education / UNI moving back into Gilchrist Hall 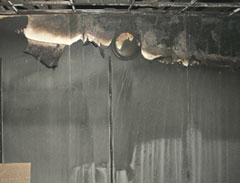 While flooded out Iowans are wondering how long it’ll be before they can get back in their homes, a three-year wait to get back into the University of Northern Iowa’s Gilchrist Hall is over.

The building that housed the Cedar Falls school’s business offices was damaged by arson in October of 2005.

U.N.I. vice president for student affairs, Terrence Hogan, says they began moving back into Gilchrist earlier this month, and the building is now about half full. Hogan says the human resources, international programs and admissions offices have moved in and one of the three entrances. He says workers will continue on the renovation and additional offices will move into the building in the next three to four weeks.

Hogan says they should have all the offices in the building and operating by the start of the fall semester. The fire at Gilchrist was one of several set during Homecoming and did extensive damage. Hogan says a variety of factors then extended the process of restoring the building.

Hogan says the process began so long ago that he didn’t work there when the process started. He says it was a combination of insurance and funding matters and once the university realized the degree of damage to the building, they saw it was going to be more than a minor renovation. Hogan says the various offices have been spread around campus, and having them back together is important.

Hogan says it provides a one-stop shop for students services, and is enhanced form what they had before the fire. He says the new setup puts the registrar, business services, financial aid and academic advising all in the same place, making it easier for students to come in and take care of business between classes. Hogan says university employees are excited about getting back to Gilchrist. 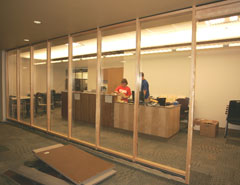 "Certainly this will be good for students, but it will also be good for the staff of those departments that were most directly affected," Hogan says, "they’ve been working in some cases in some pretty adverse conditions, in reclaimed space that wasn’t really set up to be office space, in conference rooms and other such places across campus."

The university says the final cost for restoring Gilchrist Hall will be around 10 million dollars. Four people were arrested in connection with the fire.