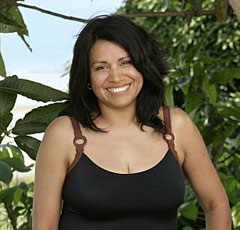 A Charles City woman is settling back in at home after finishing second in the latest version of the CBS-TV show "Survivor."

Susie Smith runs a hair salon out of her home and works as a teacher’s associate at Lincoln Elementary School, but is $100,000 richer after finishing in second place in  "Survivor Gabon".

Filming of the contest took place this summer, but the series didn’t start showing on television until the fall, meaning that Smith had to keep her mouth closed about her experiences in Gabon since she was contractually obligated not to say anything. She got home in early August but the show didn’t start airing until late September.

The 48-year-old Smith says people started asking about the show right away, but there was nothing she was allowed to say except that she was going to be on TV. Smith says she learned a lot by being involved in the game. She says when she was watching it, she realized that she needed to devote more time to herself and that it was okay.

Smith says she always had to be aware of the dangers of the wilderness during the taping of Survivor. She says the producers told them to always carry a stick with them in case any snakes or lizards attacked them, but she says she got too comfortable with the setting and she feels lucky she "didn’t get bit by anything." Smith lost to Bob Crowley of Maine by a vote of four-to-three. Crowley took home one-million dollars for winning the contest.