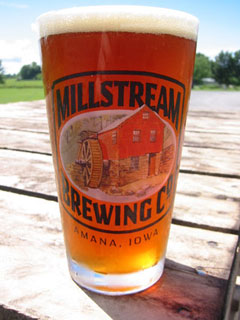 “The breweries and brew pubs are also just exploding,” Reinders said. “It’s interesting…that craft beer that you just can’t get anywhere else.” There are now at least five brewing companies in the state and more than a dozen brew pubs.

The oldest beer brewing company in Iowa is in Amana. Millstream Brewing Company opened for business in 1985. The 2009 edition of the Iowa Wine and Beer Directory is now available at Iowa Welcome Centers or on-line at “Iowa Wine and Beer dot com “.

Reinders says each listing includes a short description, the location and hours of operation for the state’s wineries, breweries or brew pubs. “Some of them can be a bit of a challenge to find, so we include a map in there, so people can go find them and experience their products first hand,” Reinders said.

The 2009 guide also identifies the five Iowa wine trails and includes a listing of special events.