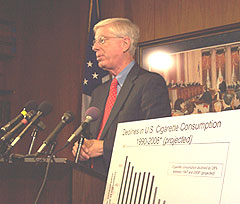 His spokesman released a statement at 10 o’clock this morning, saying Miller underwent “successful surgery” at a Des Moines hospital….for an “early stage of prostate cancer.”

According to the statement from his office, Miller considers himself “lucky” to have found the cancer early, while it can be readily treated.

Miller’s doctor expects the attorney general to make a full recovery. Miller will spend “several weeks in recovery before returning to his normal schedule.”

Read the statement from Miller’s office, as well as his bio, over on The Blog .