You are here: Home / Recreation / Entertainment / DNR asks for help in picking up garbage at parks 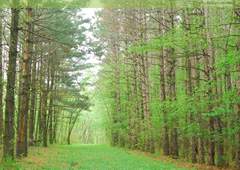 Iowans may have a tough time finding a garbage can the next time they visit a state park.

Due to state budget cuts, the parks system’s summer staff of 300 workers is being deeply cut back.

D.N.R. parks chief Kevin Szcodronski says the staff, mostly made up of college students, does chores like mowing the grass, doing minor repairs and keeping the parks clean. "Our budget is to the point right now where we have no where else to go but reduce the seasonal staff," Szcodronski says.

"We’re down this summer to right at about 140, which is less than half, and those 140 workers, a lot of them, are working less than 40 hours a week." He is asking the visitors to Iowa’s 80-some state parks to lend a hand.

"Take care of the things you bring in the park and don’t leave it behind," Szcodronski says. "We have a carry-in, carry-out policy which basically means when you have a picnic in the park, you are not going to find a trash can." Szcodronski also asks park users to conserve resources — especially water and electricity. He says the annual utility bill for the parks system can reach 800-thousand to a million dollars.

One of the most obvious things campers will notice is the length of the grass. "We mow a lot in our state parks and we’ve really reduced that dramatically," Szcodronski says. "People are going to see the grass is going to be longer and we’re really assessing statewide, maybe in the long run we’re mowing too much and we may be looking at converting some of these areas to prairies or woodlands."

Iowa’s state parks host nearly 700,000 campers and more than 14-million visitors every year. He thinks visitors won’t mind the shaggy grass or hauling out their own trash, especially compared to California, which may close all 220 of its state parks on July 1st due to that state’s own budget crunch.