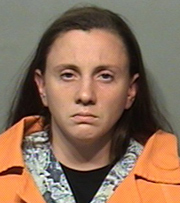 A central Iowa woman is now jailed in connection with her son’s drowning. Six-year-old Jordan Rutto was found at the bottom of an Urbandale hotel swimming pool on August 2nd.

Other swimmers pulled Rutto’s body out. A 15-year-old Boy Scout performed CPR, but the boy died a few days later. An autopsy found he’d been underwater seven or eight minutes.

Police now say the boy was left unattended by his mother which resulted in his death.

Twenty-nine-year-old Teresa Turner of Des Moines was arrested Thursday afternoon on a charge of child endangerment resulting in death. Turner’s held in the Polk County Jail under a $50,000 bond.