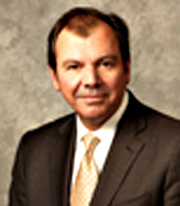 Officials from IBM are in Dubuque today to mark the opening of the company’s newest "delivery center" that will eventually employ over 1,200.

Mike Daniels, senior vice president of IBM’s Global Technology Services, is among those on hand for this morning’s ceremonial ribbon cutting.

"We’re up and running as of today. That’s why we’re here," Daniels says. "We’ve already hired hundreds of employees. By the end of the year we expect that number to be 600. We’re right on schedule and by the end of 2010 we’ll be fully operational with almost 1,300 people on board."

In January of 2008, IBM announced it would make a $100 million investment in Dubuque and signed a 10-year lease with the Greater Dubuque Development Corporation, promising to help renovate the historic Roshek Building in downtown Dubuque for its delivery center. The Roshek Brother’s Department Store opened in 1932, but the 10-story downtown structure became an office building about four decades ago and now it’s been upgraded with "green" technology to make it far more energy efficient.

"Our newest delivery center here in Dubuque will be one of 80 we have globally. We provide advanced information processing services to large businesses around the world," Daniels says. "This center will serve primarily customers in the United States."

The State of Iowa gave IBM a package of incentives, including a $12 million forgivable loan. Officials estimate state and local incentives for the project total more than $50 million. The IBM executive says his company also was attracted to northeast Iowa because of the supply of "top talent" graduating from universities in the region.

"At the end of the day, it’s all about having the talent pool and being able to provide these services at a competitive rate," Daniels says. "So we appreciate all the work that the state and the city have done in working with us to make Dubuque a part of our delivery service."

Daniels, along with Iowa’s governor, Dubuque’s mayor and a handful of other officials held a ribbon cutting in downtown Dubuque at 9:45 this morning. An outdoor reception was held in nearby Washington Park, as IBM officials say "public tours inside the facility cannot be accommodated" since the center is "operational."