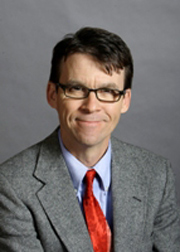 A long-time critic of state tax credits welcomes the new scrutiny that’s being focused on all tax credits, courtesy of a controversy in the Iowa film office.

Senator Joe Bolkcom, a Democrat from Iowa City, is the chairman of the Iowa Senate’s Ways and Means Committee which writes and reviews state tax policy. Bolkcom says state tax credits had been on “automatic pilot” until this past spring when the governor and legislature put some “caps” or limits in place on several credits.

“How do you have an open checkbook on state spending in these areas?” Bolkcom says.  “It makes no sense.”

Nineteen of the state’s 28 different kinds of tax credits now have a cap. It is a new limit on the state tax credit for movie productions, however, which prompted the rush from film makers to secure the credits before the new restriction took effect on July 1st. Bolkcom wants the state to create a website where Iowans can see who got what credit — and how many jobs were created.

Bolkcom notes legislators were fiercely criticized by business groups for voting this past spring to disclose the names of businesses that get a check of $500,000 or more from the state’s “research activities tax credit.”

“Over the last three or four years there’s been a number of pieces of legislation dealing with transparency and more accountability that we’ve had an extremely hard time moving,” Bolkcom says.

Many of the state’s tax credits have nothing to do with business.  For example, there’s a state tax credit for parents who buy textbooks for their kids, or who pay tuition to send their children to private schools.

“We need to sit down and spend some time going through these,” Bolkcom says.