You are here: Home / Fires/Accidents/Disasters / A tornado plus more rain, flooding hit Iowa

Authorities say a dam is failing this morning along the Maquoketa River, near Delhi, causing more flooding downstream in places like Hopkinton and Monticello.  At about a quarter ’til seven an engineer monitoring the Hartwick Lake Dam south of Manchester reported the failure of an earthen berm next to the dam. 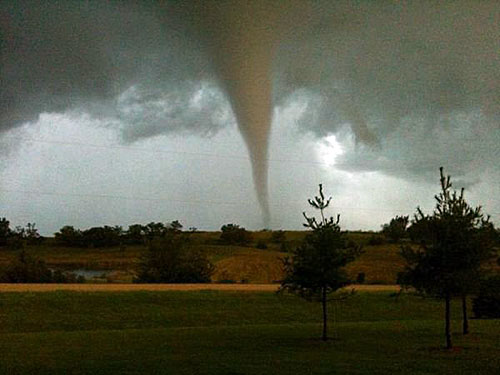 A tornado touched down at about eight o’clock Friday night near Indianola in central Iowa, damaging property but no people.

Three-day rainfall amounts in the northeast quadrant of the state range from six to ten inches according to Dan Sheets of the National Weather Service in the Quad Cities.

“What we’ve had is a boundary hanging across the state and very moist air mass up from the Gulf of Mexico over the area and impulses moving along have caused storms to just train along a boundary and I believe this was the third night in a row it happened primarily and heaviest along and north of Highway 20 which goes from about Freeport, Illinois to Independence and Waterloo,” Sheets said this morning.  “So that area got hit again with very, very heavy rainfall amounts.”

The Wapsipinion River is expected to reach a record crest in Independence this afternoon.

Flood watches and warnings are in effect for many parts of the state.  Some residents in the Waterloo/Cedar Falls area lost power overnight when strong storms downed power lines.

The National Weather service forecast predicts clearing conditions throughout the rest of the weekend.