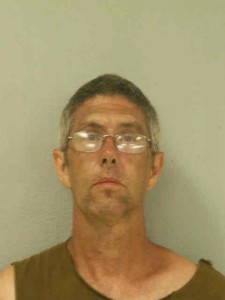 A registered sex offender from northeast Iowa was arrested Tuesday when a sheriff’s deputy saw him operating carnival games and rides at the Fayette County Fair. Sheriff Marty Fisher says Tom Seago, 49, of Eldorado is now in the Fayette County Jail. “One of my deputies was patrolling the fairgrounds, knew (Seago) from prior violations and went ahead and arrested him for violation of the sex offender registry act,” Fisher said.

Working at a county fair with children present is a violation of the sex offender registry law. Seago was wearing a uniform provided by the carnival company. Sheriff Fisher says it doesn’t appear Seago had worked with the carnival in any other towns.

Fisher says the investigation indicates Seago was hired the day before the start of the Fayette County Fair. Fisher says his deputies continue to investigate Seago’s employer, but have not yet filed any charges against the carnival company.