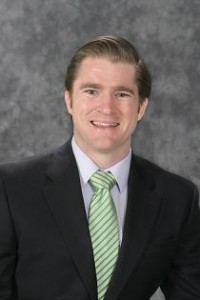 Wanna-be Iowa authors can take part in a year-long writing contest where a dozen chapters will be written by a dozen undiscovered writers.

Published author and Des Moines English professor John Domini wrote the first chapter — it’s available online. Anyone can pick up the story and write the next chapter, submit it and the winner will be posted online, too. It’ll go on like that for the next year until the 13 chapters are assembled into one book late in 2011. An editorial board will choose the winning chapters each month — and each author will get $100.

Chris Draper, a mechanical engineer in Des Moines by day, is the one who launched what’s being called the Modern Dickens Project. It’s named for Victorian-era author Charles Dickens, known for classic novels like “Oliver Twist” and “A Tale of Two Cities.” Both were revealed a chapter a month to an eager public, and that’s what the Iowa non-profit intends to do, too.

“The idea originally came from trying to figure out how to get more people involved in writing, how we get more people an opportunity to get their statement, their story,” Draper says, “some way to really give them an opportunity to tell a tale that’s uniquely theirs.” Draper says Chapter One introduces a wide cast of characters and sets the stage for creative writers to take the storyline and run.

“What we started with is a very fast-paced opening into a potential murder-mystery where we have a gay wedding that’s going to be taking place here in Des Moines, Iowa,” Draper says. “We’re left with one of the brides, on the night before the wedding, is dead and we have no idea who did it.” He says the author of the first chapter, John Domini, launches the book with a flourish, and now it’s up to Iowans to carry the storyline forward.

“John’s left a lot of strings for a lot of people to put their take and put their statement into this book,” Draper says. “We’re very excited when people go to moderndickens.org to read and to see what they feel from it, what they take away and what they’re able to contribute.”

He says this book project was envisioned as a way to showcase new writers from across the Hawkeye State, but he says being an Iowan isn’t mandatory.

“There’s no restriction on where the author’s actually based currently,” Draper says. “Our requirement is that the story has to speak to Iowa. It has to be something where, when you read it, you say, ‘You know what? That is Iowa, that is the feel of Iowa.'”

Learn more about the contest and read the first chapter at www.moderndickens.org.