You are here: Home / Crime / Courts / Charges filed after 4 year old is found outside in sub-zero temps 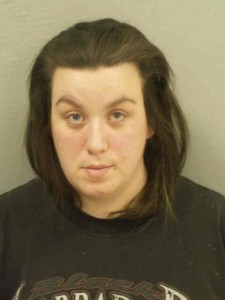 A northeast Iowa woman is charged with child endangerment after authorities say her four-year-old daughter was found wandering a parking lot in sub-zero temperatures.

Fayette County Sheriff’s deputies arrested Jessica Lynn Mikesh, 24, of West Union on Friday. They say on Wednesday Mikesh left her four-year-old daughter unattended in a vehicle while she conducted business at the Fayette County Courthouse.

A citizen reported the child was wandering in the parking lot and was almost struck by a vehicle. The outside temperature at the time was one-below-zero.

Mikesh was transported to the Fayette County Jail. Child endangerment is an aggravated misdemeanor punishable by up to two years in prison.