You are here: Home / Crime / Courts / Man charged for death of girl at school bus stop 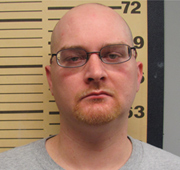 A north-central Iowa man is facing felony charges more than four months after his vehicle struck and killed a girl who was boarding a school bus.

Authorities say 31-year-old Aaron Gunderson of Northwood was driving a pickup in rural Worth County on the morning of May 10 when he struck seven-year-old Kadyn Halverson of Kensett.

According to court documents, Gunderson was likely traveling more than 60 miles an hour and continued on after he hit the girl. Halverson, who was about to board a school bus, was killed instantly but was thrown over 60 feet.

Witnesses told police the bus had its stop arm extended and flashing red lights were activated. Gunderson, who was tracked down at a friend’s house, told officers he thought he hit a deer and should not be driving because of an eye disorder.

Gunderson was charged Wednesday with vehicular homicide and leaving the scene of a personal injury accident resulting in death. Investigators say blood tests indicate Gunderson may have smoked marijuana some time before he drove his pickup.