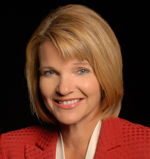 Lake Delhi property owners have chosen to pay over $6 million in additional taxes over the next 20 years to get rebuild the dam to get their lake back.

Since the dam breached, there’s been some controversy on how to proceed with the lake’s rebuilding and future — even among lake residents. But votes this week — including Sunday’s vote to turn ownership of the dam over to a public entity called the Lake Delhi District Trustees shows residents are working toward one goal. A 60 percent super-majority was needed to pass today’s bond issue, but far more — 95 percent of Lake Delhi property owners — voted for the new assessment.

An estimate of the cost of rebuilding the dam is due in December. Leonard says the next step is to meet with officials at the county and state level to see if there’s financial support from other sources. “We can look at it and sit down and decide, you know, where’s the state going to come in at, where’s the county need to come in at, and where we come in at and then we put the whole project in place,” Leonard says. “And then we get things moving as early as this spring if all goes well.”

So what affect will this bond issue have on Lake Delhi property owners financially? Based on assessed property values after the upcoming de-valuation, the owner of a $100,000 home would pay an additional $586 per year. And Lake Delhi residents and supporters have already raised a large amount of money on their own to help the rebuilding efforts – over $1.6 million to date.

“There has been such a volunteer effort that has taken place at the lake and that could be in many different forms, whether it be an expert that knows and understands dams who has stepped up to help us through this process…whether it be people out on the lake bed helping to clean up the lake bed and all the things that were out on the lake bed,” Leonard says. “There’s been a huge number of folks that have done that and that’s going to save the state, the county and ourselves considerable hundreds of thousands of dollars.”

The dam collapsed  amid flooding in the area on July 24, 2010, draining the nine-mile lake.