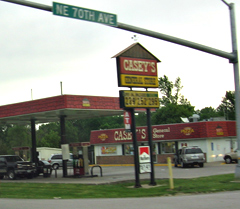 “We felt we had a really strong quarter,” Walljasper said. “Earnings per share were up nearly 20% this quarter compared to a year ago. Same-store sales really kind of anchored the performance.” Casey’s earnings rose to 44 cents per share during the third quarter, up from 34 cents a year ago.

The company has added stores and more are staying open 24 hours a day. “We’re operating roughly 68 more stores this period versus a year ago. Also, we had just an increase in sales of higher-margin items like energy and sports drinks and snacks inside the store,” Walljasper said.