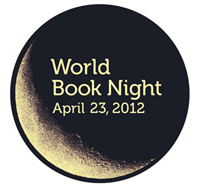 Volunteers who love to read will fan out across Iowa tonight to give away new paperback copies of some of their favorite books.

World Book Night started last year in the United Kingdom and a million books were passed out.

This is the event’s first year in the U.S., billed as a celebration of reading. Alice Meyer, one of the Iowa organizers, says tens of thousands of volunteers are making it happen.

“Some people are going to malls,” Meyer says. “We’ve had a number of teachers who are just going to give them to students that they know are not heavy readers. In some of the larger areas around the country, people are going to subway stations. Some people here are even going to bus stops. Just anywhere people gather, coffee shops, restaurants.”

Each volunteer has been given a carton containing 20 copies of a book to hand out wherever they choose to go. Meyer owns Beaverdale Books in Des Moines and says the World Book Night’s leaders started with a list of 2,500 books and whittled it down to just 30 titles for this one-night-only occasion. 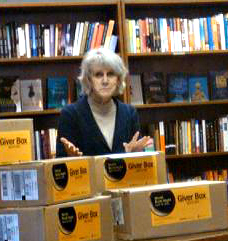 “They wanted books that were already in paperback editions,” Meyer says.

“Maybe books that have won awards that were selling well, books that were popular with book clubs. They wanted a good mix of fiction and non-fiction. This year, they added some young adult titles. They wanted literary works as well as commercial works.”

The diverse list of titles includes: “The Hunger Games” by Suzanne Collins, “I Know Why the Caged Bird Sings” by Maya Angelou, “Friday Night Lights” by H.G. Bissinger, Barbara Kingsolver’s “The Poisonwood Bible,” and “The Stand” by Stephen King, along with 25 more.

One amazing thing about the event, Meyer says, is there’s no money changing hands throughout the entire process.

“The authors have waived their royalties,” Meyer says. “These are special published editions that are not for resale. Printers have donated printing. Paper companies have donated paper. It’s just been such a wonderful cooperation between everybody to make this happen.”

Learn more about the event at: www.us.worldbooknight.org