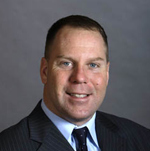 A northeast Iowa legislator resigned from the Iowa House today to become the state’s “drug czar.”

Governor Branstad, who is in China, announced this morning in a written statement that he’s appointed Representative Steve Lukan to be the new director of the Iowa Office of Drug Control Policy.

Lukan,  formerly of New Vienna ,  announced last year that he would not seek reelection to the House and in April Lukan delivered an emotional farewell speech to his House colleagues.

“My heart was torn on this decision for some time,” Lukan said. “A lot of people sacrificed to put you here, but in my heart I know it’s time to start a new chapter in life.”

Lukan, who is 33 years old, got married last June and now lives in West Des Moines. Lukan was first elected to the Iowa House 10 years ago, when he 23.

“I’ve grown a lot here, probably more than most people,” Lukan told his colleagues in the House this spring, “and I feel like I’m leaving a wiser man.”

Lukan entered the legislature shortly after leaving the U.S. Navy where he served from 1997 to 2001. 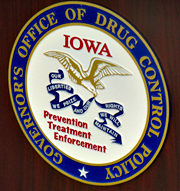 Lukan’s appointment as the state’s so-called “drug czar” completes a shuffle within the Branstad administration. In late 2011 Branstad named his Homeland Security and Emergency Management director as deputy Adjutant General of the Iowa Air National Guard. The governor then moved “drug czar” Mark Schouten into Homeland Security, leaving the job of director of the the Iowa Office of Drug Control Policy vacant.

With his resignation today, Lukan’s House seat will be vacant for seven months. New House members, representing new districts configured to conform with new Census data, will be elected in November and take office in January.