You are here: Home / News / Lottery on verge of profit not seen since Touchplay 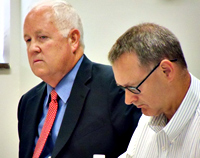 The Iowa Lottery is moving toward what could likely to be a record year for the amount of money it turns over to the state. Lottery C.E.O. Terry Rich, says lottery sales have gone over $286-million with two months to go in the fiscal year.

“Through May we’ve already exceeded what we’ve budgeted for the year end, so everything at this point is more than anyone had ever expected us to accomplish. So it’s been really, really successful and that’s rewarding for all the hard work all the employees have had over the last year or two,” Rich says.

The sales translate into a profit for the lottery of around $73.6-million through May. The best year ever for the Lottery came in 2006 when it generated just over $80-million. But that was the year that the Touchplay machines were introduced and used before the legislature shut them down over concerns they were too much like slot machines.

“It appears that we are going to be real close to what happened in 2006 without Touchplay,” Rich says. “And that is a phenomenal success.” Rich says there are a variety of reasons why lottery sales have continued to increase through tough economic times. He says the “dream factor” where you have the potential of winning millions with a relatively small investment is part of the draw, as is the fact that the tickets are cheaper than other forms of entertainment and readily available. 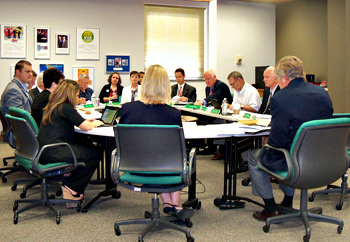 Rich says the lottery has also refined and focused its marketing and delivery systems to help increase sales while cutting costs.

Rich still believes higher gas prices could cut into lottery sales — but says the level of impact has changed.

“We know we had some impact at three-and-half dollars, so we’re saying (now) that probably four-and-half to five dollars it would have impact. We basically are discretionary, because we’re optional if people have to pay money for another thing whether its gas or another product, they would probably spend less on lotto,” according to Rich.

“So that’s why I think that’s why we’ve done well, because gas prices have held steady and we’ve tried to find new and unique products that people would come back and buy.” Rich gave the sales update at the Iowa Lottery Board’s meeting in Des Moines today.

The board approved the budget for the next fiscal year, including salary increases for lottery employees. “All Iowa Lottery employees, including the key employees will receive the same as the union contract across the state, which is a two-percent increase July first, one percent January first, and then a step if they have one within their pay range,” Rich says.

The salaries paid by the lottery, especially the nine “key employees” came under fire earlier this year in a report by the state auditor for being too high. Rich says these salaries increases were planned before the auditor’s report came out and were not impacted by that report.

With lottery proceeds well above projections, Rich was asked if he would have liked to have seen employees get bigger raises. “When you have a phenomenal year like we’ve had at the Iowa Lottery you would love to be able to reward employees more or less. But under the state guidelines and kinda I think what the citizens of Iowa expect is a this point uniformity with contract union employees,” Rich says.

“This has been a tough couple of years in the economy, and I think following that is prudent at this point.” Gross sales for the lottery are up 15% over the last fiscal year and proceeds to the state are up just over 17% compared to the same period last year.