You are here: Home / Fires/Accidents/Disasters / Installation of interstate cable barriers called a success 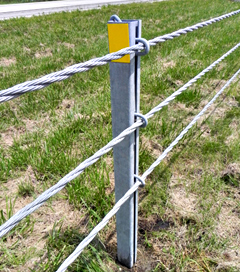 In August of 2010, there were three crashes along a stretch of I-80 in Jasper County that killed eight people and injured eight others.

The crashes all involved a driver who crossed the median into traffic headed in the opposite direction. The tragedies spurred the Iowa Department of Transportation to accelerate plans to install median cable barriers along interstates.

Chris Poole, a roadside design engineer with the D.O.T., says there are now 220 miles of Iowa interstate lined with the barriers.

They’re located on I-80 nearly all the way from Des Moines to Davenport, just west of Des Moines to DeSoto, between Ankeny and Ames on I-35 and on I-380 from Coralville to Cedar Rapids. 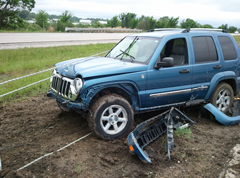 Cable barriers keep cars from crossing into other lanes of traffic.

More median cable barriers will be installed soon along a 10-mile stretch of I-35 south of Des Moines in Warren County.

Poole says the barriers are saving lives. “Wherever we have installed a cable barrier, we have not yet experienced a cross-median crash where a car went through the barrier and hit somebody going the other direction,” Poole said.

Federal safety funds have financed the project. The installation of cable barriers costs an estimated $100,000 per mile.