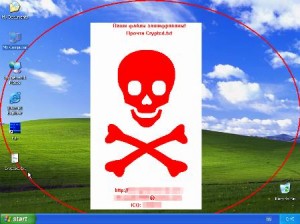 Iowans are being warned about a new type of scam linked to a computer virus. What’s known as “ransom-ware” is starting to appear on some laptops and PCs.

Consumer advocate Sandy Chalmers says your machine may be afflicted if you’ve been on an untrustworthy website or clicked on an attachment that locks up the computer.

Chalmers says, “They’ll see a message on their computer screen saying, ‘We’re from the FBI and we know that you’ve been viewing child pornography on your computer and if you want your computer unlocked, you’ll have to send us $200.'”

The latest version of ransom-ware is evidently striking through the Instant Messenger program in Skype. Chalmers urges consumers to never pay the “ransom” and to instead take the infected machine in to a tech.

“It’s possible to remove the virus and get your computer working but that virus may be working in the background, allowing the criminals to capture banking information as you key in your passwords and account numbers,” Chalmers says. “It’s best to go right to a computer expert and have the virus removed.”

If you have Skype, which is typically a program used for video chatting, Chalmers says you need to be very careful of legitimate-looking emails that are actually carrying the ransom-ware.

“Computer users will see a message that looks like it’s from one of their contacts,” Chalmers says. “It says, ‘LOL. Is this your latest profile pic?’ and consumers click on the link and that’s what will download malicious software.”

Chalmers says you should never pay the ransom, since the program could remain behind and continue to harvest other personal information. She says avoid suspicious links and keep your browser and virus protection software up-to-date.