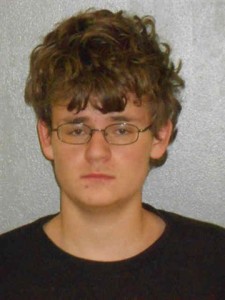 A young man is behind bars in northeast Iowa after authorities say he tried to abduct a little girl. Fayette County Sheriff Marty Fisher says it happened last Thursday in Maynard as a 10-year-old girl was walking home from school.

A man allegedly drove by and tried to “entice” her into his vehicle. Fisher says the girl ran away and joined two other children a couple blocks away. The man confronted the kids and again attempted to convince them to get in the vehicle. All three children ran away and reported the incident to their parents.

Fisher says deputies worked with the West Central Community School District and identified the suspect as 19-year-old Ethan Fuller of Maynard. He was arrested on Friday and charged with one count of attempting to entice a minor, an aggravated misdemeanor.

Fuller remained in custody Monday at the Fayette County Jail. His bond was set at $10,000 cash.