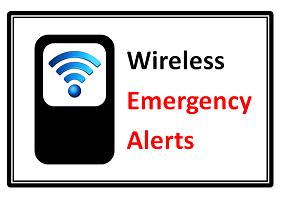 Many Iowans got a rude awakening early this morning as their smart phones alerted them to a just-issued Blizzard Warning.

At just a few minutes before 4 AM, many thousands of us heard a shrill alarm coming from our iPhones and Androids.

It was the first use of the Wireless Emergency Alert, or WEA. A text message came with the sound, telling of the approaching snowstorm.

Jeff Johnson, warning coordination meteorologist at the National Weather Service office in metro Des Moines, says the alert jolted him out of bed like everybody else.

“I had a hard time getting back to sleep so I understand the annoyance,” Johnson says. “But the reason it’s done is to alert people of impending severe weather. In the case of a blizzard, yes, we have some lead time but if that would have been a tornado warning or a flash flood where more immediate action is needed, then you can see the benefits of the program, certainly.”

He says the smart phone “app” can be changed if you don’t want a repeat of this morning. “You have two settings on most of your phones that work with the WEA, one is severe and one is extreme,” Johnson says. “I think the severe will eliminate your blizzard warnings but the extreme will keep your tornado warnings and flash floods.”

He hopes people will think twice before disabling the alert system on their phones. The object of the program isn’t to rob us of our beauty sleep, but to keep us safe, which may mean the occasional late night or early morning alert.

“It’s our goal at the Weather Service to get these warnings out as soon as we feel the confidence it’s 80% or greater and in this case, it certainly is,” Johnson says. “The decision was made at 4 AM this morning to issue the blizzard warning which was put out over the emergency alert system.”

While he didn’t appreciate being awakened by the blaring tones, Johnson says he’s elated the system works as it was designed.

He notes, the app sent the tones only to people who were in the area under the Blizzard Warning. Iowans who were out of state, for example, didn’t get buzzed, while visitors who happened to be in the region and who have smart phones will likely be looking a little sleepy.