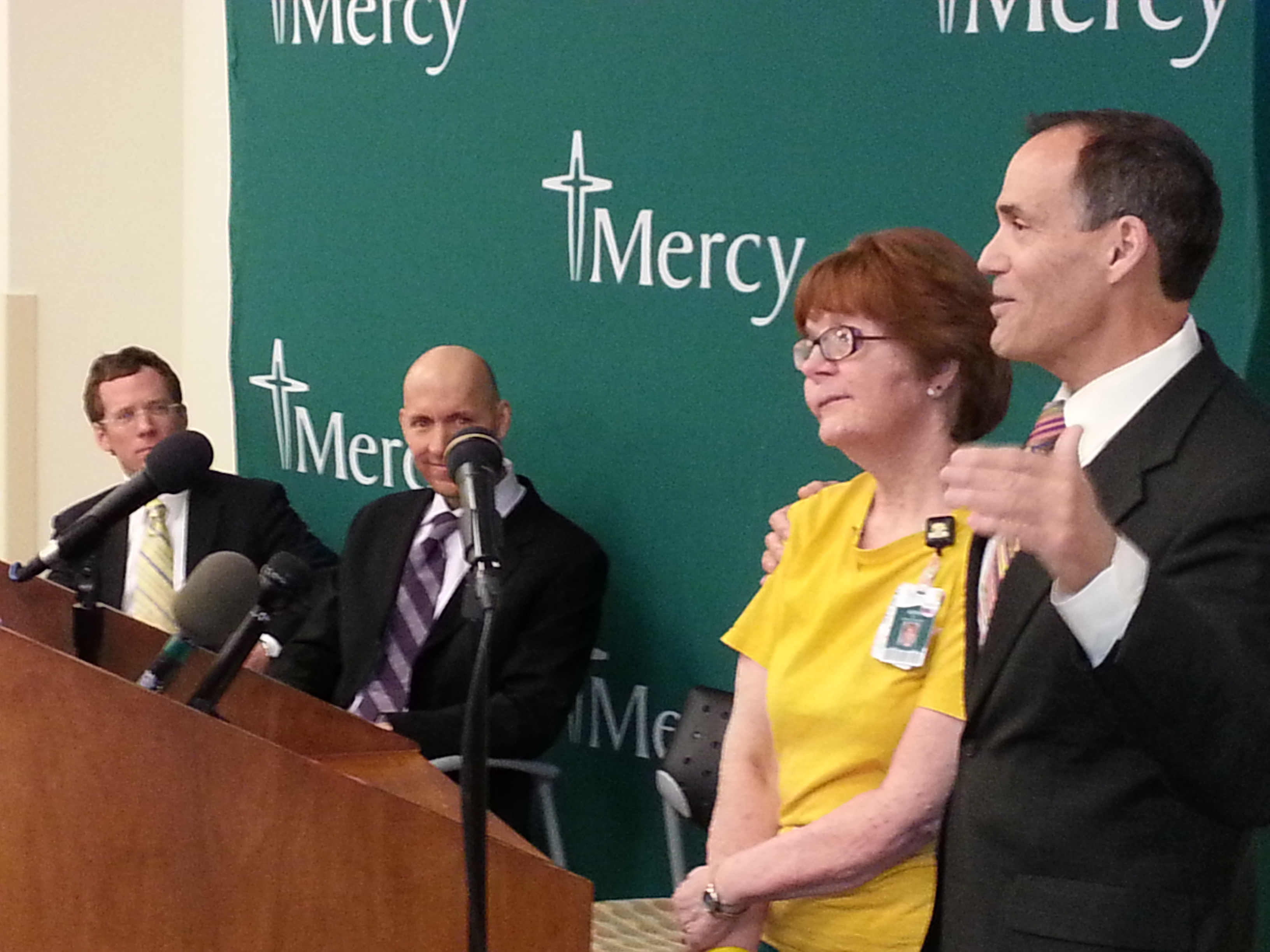 An Iowa based organization is planning a cross country event this summer to raise money for cancer research. Marathoner Steve Cannon says the Million Dollar Marathon will involve a series of nonstop marathons through 15 states. “It’s called the Million Dollar Marathon for a reason. Our goal is to raise a million dollars. That’s the kind of money that can really move the needle to help those people who are in the fight,” Cannon said.

Cannon is no stranger to raising money and awareness for those in the fight against cancer. In 2009, he ran the entire RAGBRAI route and last summer, he became the first person to run around Lake Michigan. That 1,037 mile journey was completed in just 40 days – as Cannon averaged a marathon a day. Cannon has partnered with the Des Moines based group Above + Beyond Cancer on plans for the Million Dollar Marathon.

Mercy Cancer Center Director Dr. Richard Deming, founder of Above + Beyond Cancer, said each marathoner will be joined by other runners — basically anyone who wants to participate. “Just yesterday I saw a patient and she just turned 90 years old. She’s a survivor. She has a walker and she wants a piece of this marathon,” Deming said. “We find the opportunity for people like her, a 90-year-old breast cancer survivor with a walker, to carry the baton and be a part of this.” Each of the 160 marathon runners selected will be asked to reach a fundraising goal of $7,000.

Deming started the Above + Beyond Cancer organization a year ago. He noted while 600,000 people will die of cancer in the United States this year, there are also 14-million Americans who are living with cancer or beat it. “Cancer no longer has to be a death sentence,” Deming said. “One can overcome cancer and cancer can actually be a springboard to teaching you so many things about life.”

Charlie Wittmack, the only American to have climbed Mount Everest and swim the English Channel, is executive director of Above + Beyond Cancer. He’s led cancer survivors and others touched by cancer on several expeditions – including climbs to a Mount Everest base camp and to the top of Mount Kilimanjaro. “It’s truly been an extraordinary year – four expeditions, hundreds of speaking events, hundreds of hours spent advocating, days and days devoted to fundraising, service and volunteerism,” Wittmack said. “It’s hard to believe we’ve done all of that in the course of a year.”

The Million Dollar Marathon is scheduled to begin on June 21 in Washington State. It’s unclear when the relay will pass through Iowa. Deming said ceremonies honoring the runners will be held in Denver, Des Moines and Washington, D.C.