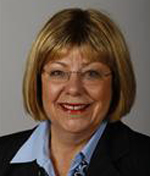 The president of the Iowa Senate is sponsoring legislation that would set up a public financing system for Iowa candidates who agree to campaign spending limits.

“This may not be the best avenue,” Jochum said this morning. “There may be other ideas that may be more effective or sound than the bill before, but we wanted to at least start the discussion on whether or not there is a way to finance other than just private funds.”

Jochum held a public hearing on the bill today.

Amy Campbell, a lobbyist for the League of Women Voters of Iowa, suggested the current system discourages candidates from running against an incumbent, because of the incumbent’s fundraising advantage.

“The proliferation of corporate funding and third-party donors in our electoral system has really moved elected officials away from their citizens and their constituents and more toward their donors,” Campbell said, “and we think that your bill restores that balance.”

Adam Mason of Iowa Citizens for Community Improvement Action Fund said Iowa is only of just 13 states that don’t even have limits on how much money an individual can donate to a candidate.

“The role of money in politics, we see it as wielding too much influence,” Mason said, “both at the statehouse and at the federal leve.”

Senator Jeff Danielson, a Democrat from Cedar Falls, said limiting campaign spending is more important today than ever before, given the amount of money flooding into politics.

“In Iowa, from dog catcher to president, it has been astonishing to see the amount of money that has been available for even down-ballot races,” Danielson said.

Danielson raised more than $230,000 for his own reelection campaign last year.

The bill to create publicly-financed elections in Iowa has yet to clear even a subcommittee in the Iowa Senate. Republicans who control the debate agenda in the Iowa House are opposed to the concept of campaigns financed with tax dollars.

Jochum’s senate bill also would require candidates to participate in debates. For example, candidates for governor would have to participate in at least two debates before the General Election. One lobbyist raised questions about that this morning, saying the right to free speech is also the right not to speak.